You are warmly welcomed to leave a message below, share your memories and celebrate the life of Michael Belsten, who we sadly lost in 2020 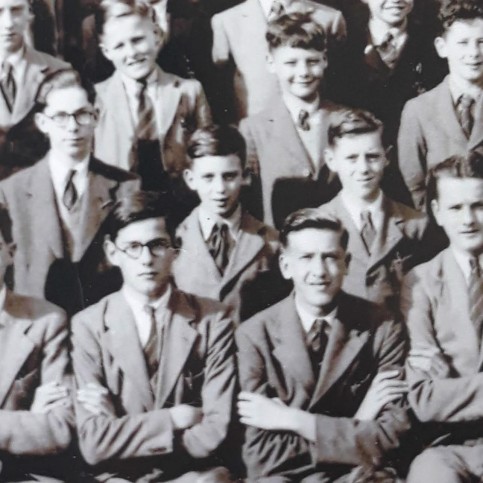 The following obituary was written by Clare Belsten, Michael's daughter:

Mike, as he preferred to be known, joined QEH as a day boy in 1948 at the age of 11.  He was proud to have been awarded a scholarship to attend the school.  After leaving QEH he did his national service with the RAF before starting a career in the paper and printing industry.  He married Maureen Harvey, a Bristol girl, in 1958 and the pair moved to London where he started working for Waddington’s.  Latterly he founded his own business in greetings cards which he ran successfully for many years.  He entered a quiet retirement aged 62, spending much of his time with his granddaughter Amber and  indulging in his passions for music (classic to rock), photography and cooking.  In May 2019 he was officially diagnosed with a progressive brain disease – PSP, a rare branch of Parkinson’s.

My father had many fond memories of QEH and had stayed in touch with several former schoolmates. He was a proud member of the alumni and very much enjoyed catching up through the newsletter with the modern day QEH. You are warmly welcomed to leave a message below, share your memories and celebrate the life of Derek Cropper, who we sa… More... Mike Smith, from the Class of 1984, has enjoyed an illustrious career in the music industry. More...