A Boarding Christmas Past, by Steve Ryan

Steve Ryan from the Archives: A Boarding Christmas Past While Christmas is still in our memories, and we are still finishing off the last of the mince pies, we wanted to take the opportunity to re-share Steve Ryan’s A Boarders Christmas Past which was published in our December Newsletter:

Steve Ryan from the Archives: A Boarding Christmas Past

Christmas is a magical time of year wherever you are, in boarding we did all we could to capture its essence.

Tradition was everywhere and the sight of anything up to 90 blue coated boys processing down Park Street to the Lord Mayor's Chapel for our Carol Service would notify all that Christmas was near. Candlelit with readings and carols, the warmth inside juxtaposed with the cold in the air outside.

Tradition also dominated events in-house. One notorious one, inherited from an age when Health and Safety was just a thing of dreams or even nightmares, was the highlight of the Boarder’s Christmas Supper. At the conclusion of the meal, the boys would stand on the benches and launch the refectory tables in the dining hall, twice the length they are now, above their heads with the smallest boy perched precariously on top! The Supper was always special, although bench lifting did have to go! All this with the staff still recovering from the excesses of the Resident Masters' Christmas meal in the Resident Masters' Dining Room, now the Head’s PA's office! 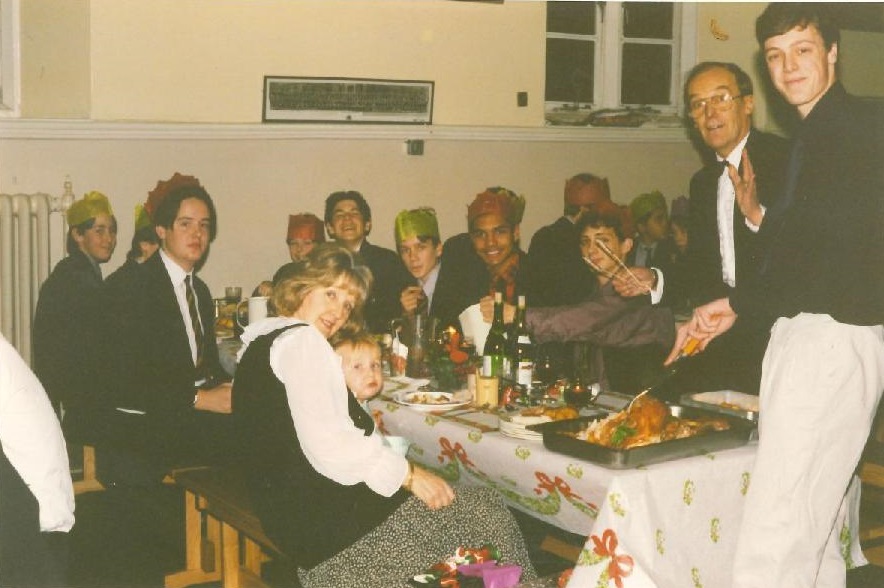 In the weeks leading up to the end of term, the pressure was on to decorate your dorm. This was the most competitive event of the year, forget the Crispin Shield or the House Academic Cup! Standards set by the likes of Chris Legrove and Ian Wickett were extraordinary. One memorable entry was when the judges opened a dorm door and it activated the turntable on the stereo (remember them?) and paper snow was released from the ceiling to the tune of festive music! A real challenge to Matron, the ultimate judge, to have to nominate the prize winners.

After the Christmas Supper there was the obligatory Christmas Concert where every age group would be expected to present a sketch of some sort. Invariably there would be at least one sketch of the staff... amazing how accurate those mimics could be. A staff performance of Jingle Bells lip-syncing to Bing Crosby and the Andrews Sisters also springs to mind (the video has survived and could be used in evidence against us). Happy days indeed. 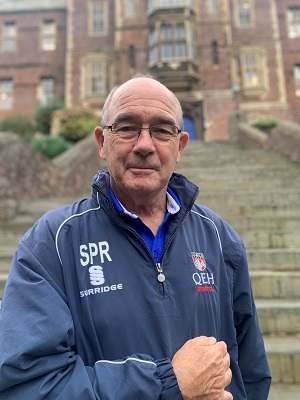 If you didn’t receive our alumni newsletter in December, make sure you update your email address on by clicking here so that our next instalment lands right into your inbox. The 12th of November was a busy day for QEH's development team. Across the day we welcomed over 110 visitors, with the a… More... From DofE to mountaineering across Switzerland. More... Yannick Underwood (class of 2017) reached out to Mr Gent to form a band of QEH OEs to perform at his wedding. More...