A sizeable crowd gathered at School Road, Frampton Cotterell, on a still, dry, mild day, and the firm pitch made for great conditions for running rugby. The crowd were not to be disappointed.

MATCH REPORT: Es were straight on the attack, forward drives from Greg Foord and Dom Horn established good position, with Frampton conceding a penalty. Veteran playmaker Dom Swann, coolly slotted the points, (0-3). More forward endeavour led to a scrum penalty to Es, for Swann to convert for a (0-6) score, after only 8 minutes.

Frampton were starting to put some good phases together however the Es defence was holding up, some great tackles going in from Herbie Gale, Matt Bailey and George Burnie. Es were caught napping from a tap penalty move that saw Frampton score out wide, and convert for a (7-6) lead. Potts and Barnett were making inroads, however Frampton held firm. With Frampton sweeping back downfield, Es conceded another penalty to give Frampton a (10-6) lead.

Running out of defence, Tobias Burden fed Matt Carr, whose clever rolling punt gave great position on the Frampton 5 metre line. The Es lineout had been going very well, however Frampton managed to clear their lines with a break out downfield, with Es again conceding a penalty, Frampton converting for a (13-6) score line.

Both sides were keen to run the ball at every opportunity, Frampton showing good skills, forwards and backs combining to keep Es under pressure. Es survived a long period defending their line from multiple Frampton drives, livewire scrum half Joe Watkins stealing Frampton possession with an interception to relieve pressure with a clearance kick. Half time, (13-6) to the hosts.

From the restart, Adam Skyner intercepted a loose pass on half way and galloped downfield, with Frampton defenders chasing and the Es supporters willing him on, before finally crashing over the line under the posts for a 7 pointer, (13-13). This score seemed to galvanize Frampton, who responded with a penalty, then a catch and drive score in the corner, to open a (21-12) lead after 52 minutes.

Es gamely attacked with whatever ball they had, Pat Dore putting in some trademark strong runs, and Will Tobin making ground. Es rotated the squad, with Rob Lee, Ashley Raymonde-Barker and Henry Thomas refreshing the tiring Es' pack. Frampton scored a good try, (26-13) and ran in another to finish (33-13) winners.

Es can take consolation that once again they lost to a good side, and to a man never gave up, tackled, followed up kicks and competed right to the finish.

Man of the Match: Adam Skyner, great catches from the restarts, drives in the loose and a burst of speed for an exciting try.

Next week we welcome Hucclecote to Hallen, who seem to have rediscovered their form, and will be a good test. 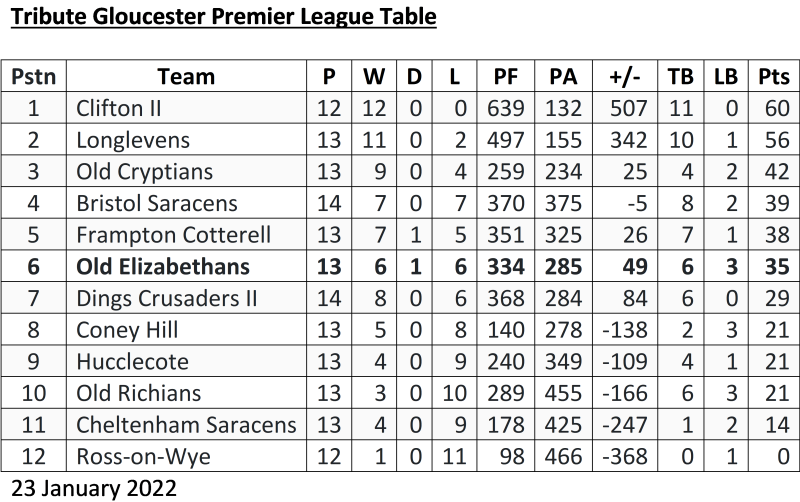 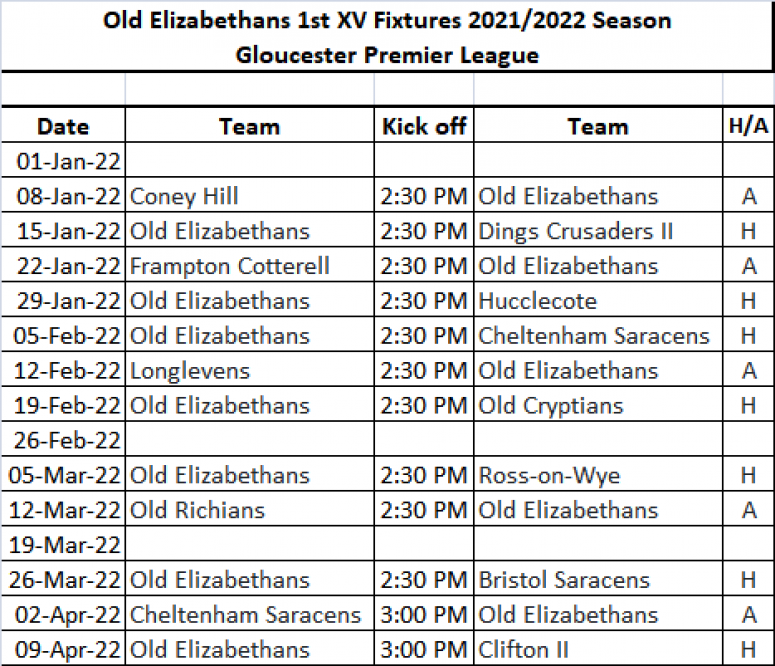