The First XV travelled north to take on Old Cryptians RFC. Old Es had been promoted to the Glos Premier League at the end of the 2019/20 season along with Old Cryptians having shared the home advantage spoils during that season. A number of key injuries and a number of player absences meant a first start in the OE 1st XV for Archie Walker in the Back Row with Matt Bailey coming in to shore up the second row. Oli Clapp and Will Leggett were called to the bench to join Jack Houlder.

Old Es kicked off downhill and for the first twenty minutes showed an intensity that had not been seen recently, with some big hits especially against the Old Cs' Fijian at No.12. This was to be a game of 5th vs 6th in the league, where the play would flow backwards and forwards making it an exciting game to watch and keeping the travelling support guessing as to the end result. 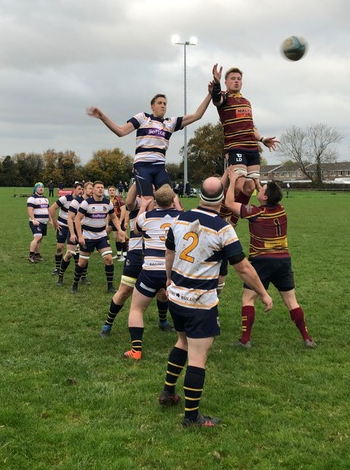 Thanks to those that made the journey to support (Malcolm Davies, Roger Edwards, Dan Werz, Frank, Blakey and Greg's Dad!).

Es' scrum and line out were working well early on giving Es good possession and it was following a period of pressure that a well rehearsed move came off with James Brooks storming through running a great line to storm over the try line and Luke Jagger added the extras (0-7).

Unfortunately the one down side of Es' season so far is the number of penalties that we concede and the count was rising very quickly when the referee awarded Old Cryptians a Penalty Try for a high tackle on our try line! (7-7).

Es continued to play good rugby and following a successful scrum in the Cs' half the ball was swiftly moved along the 3/4s to right winger Pat Dore who ran strongly through to score in the corner with Luke Jagger once again adding the conversion (7-14).

Soon afterwards Jagger had the chance to put Es further ahead with a central penalty kick on the halfway line but the ball drifted wide. The tackling was tremendous with another great hit on the Fijian by Patty followed by a great run from Bailey and Es made their way into the Cs' 22 but Cs escaped with a great kick taking them right back into the Es' 22. James Brooks was having a strong game and helped Es clear their line and as we attacked a score looked inevitable! 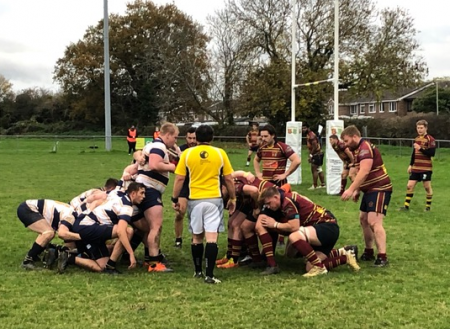 The Es' scrum destroyed the Cs' scrum but just when a reset seemed likely the ref blew for half time with Es probably kicking themselves for not being further ahead. Half Time Score (7-14)

Old Cryptians started the second half strongly and Es had gone to sleep and intensity levels had dropped which following a good line out and drive by Cs saw them kick through and touch down a good try but the conversion was missed leaving Es narrowly in front (12-14).

Es started to recover but were penalised in the centre for crossing an easy kick which put Old Cs ahead for the first time (15-14).

Some great hits were still being applied notably by Patty and Alfie. Old Cs seemed to be counteracting the scrum situation by wheeling it something which the referee failed to spot. The play became a little scrappy as both teams tried to gain the upper hand and as the game entered the final quarter it was anyone's guess how this would play out especially as play ebbed and flowed in central midfield. The Es' penalty count continued to rise which frustrated all concerned and stopped the otherwise good efforts from Gale, Burnie and Jagger to name just a few. Es also uncharacteristically were making a lot of forced errors, but a cross field kick to Herbie Gale could have been so different in its outcome had it bounced kindly. With 10 minutes left Es were awarded a kickable penalty but the resultant kick didn't find its target. Another penalty was awarded to Es in front the posts with just 5 minutes remaining and Jagger stepped up to secure the 3 points (15-17).

A win looked to be in the bag but strong push from Cs and Es mistakes led to the home team also being awarded a penalty in front the Es' posts which was dispatched to give Cs the narrow victory and Es a losing 1 point (18-17), surely a game to win at home later in the season.

Next week Es travel to Ross-on-Wye and a strong side is essential if we are to chalk up a win. 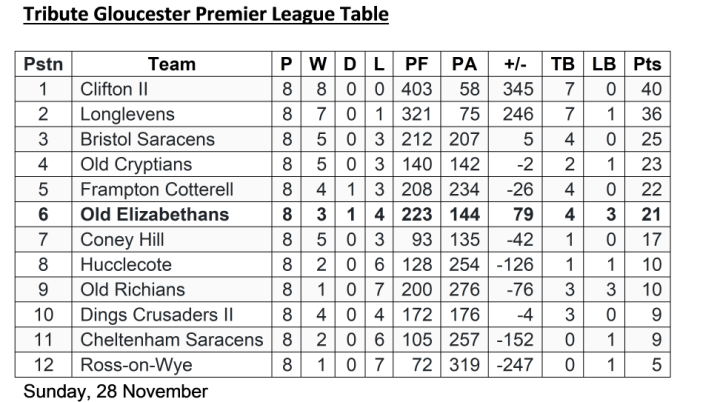 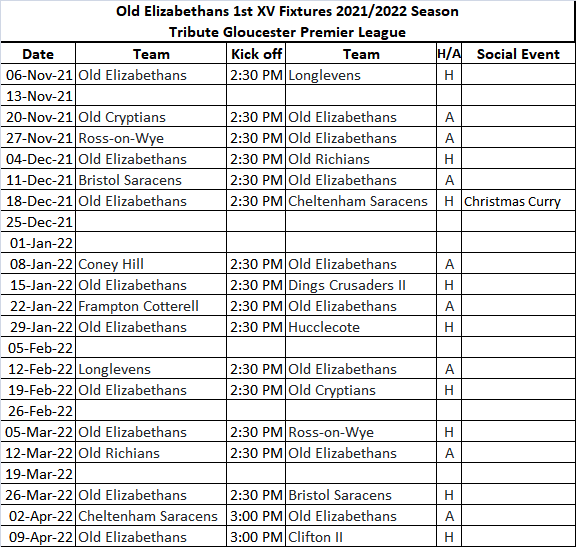